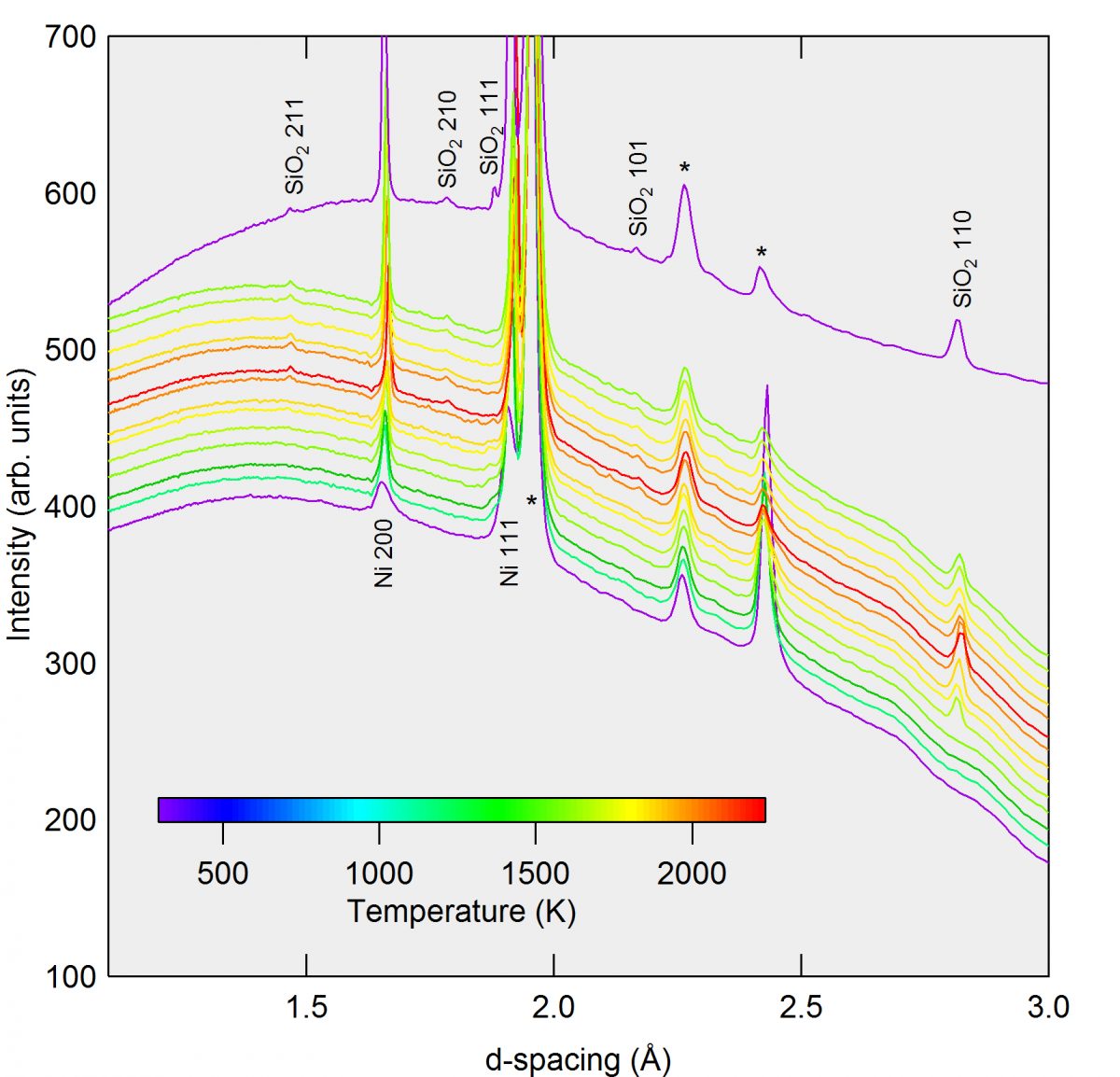 [The following research report was contributed by the research group of Prof. Wendy Panero of the Ohio State School of Earth Sciences, particularly by graduate student Jeff Pigott] 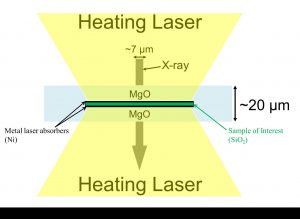 The dynamics of the planet Earth, as controlled by the rock composition at depth and the thermal variations within the interior, drive plate tectonics, generate the planet’s magnetic field, and produce intraplate magmatism such as that of Hawaii. The determination of the state and evolution of the Earth’s deep interior requires multiple remote measurements, including the measurement of the three-dimensional sound velocity field as measured by seismic wave speeds arising from earthquakes around the globe. The field of high-pressure mineral physics serves to tie the wave speeds to the physical properties of rocks under the relevant pressures and temperatures of the Earth’s interior, in which simultaneous mineral phase, pressure, temperature, and density measurements constrain wave speeds as a function of composition. This requires measurement at the pressures and temperatures relevant to the Earth’s deep interior (to 360 GPa and 7000 K). 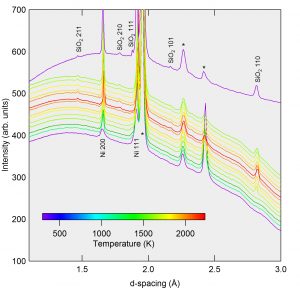 The combination of x-ray diffraction with in-situ laser heating in a diamond anvil cell has revolutionized the field of high-pressure mineral physics, expanding the ability to determine high-pressure, high-temperature phase boundaries and equations of state. Due to the small sample size and high thermal conductivity of diamond, such experiments, however, suffer from temperature gradients in excess of 200 K/micron. Accurate determination of high-pressure, high-temperature phases and densities in the diamond-anvil cell rely upon thick insulation layers and collinearity of the x-ray beam with the center of the laser-heated spot to within 1 micron.

Through work at Nanotech West, the Panero group has developed micron-scale three- dimensional structures that, by nature of their design, will have the sample of interest in the hottest portion of the experiment (Figure 1). The structures are formed by sputtering and photolithography and a subsequent lift-off step; only a single “hotplate” is placed in the diamond anvil cell at a time for measurement. The structures are currently alternating Ni-SiO2-Ni layers; sample results are in Figure 2. These methods will be extended to multiple materials for high-precision high-pressure, high-temperature phase relations, equations of state, melting curves, and transport properties.

Figure 2. X-ray diffraction (XRD) spectra versus temperature of a nanofabricated Ni/SiO2/Ni sample in a diamond anvil cell collected at P = 57 GPa from beamline 16 ID-B of the Advanced Photon Source at the Argonne National Laboratory. The spectra are offset vertically for clarity. The ‘*’ denotes diffraction from the ruby used for pressure determination and the MgO insulation and pressure-transmitting medium.